Eun Young Son will perform my work the next October 30th, 2020 (7:30 PM) in the 3rd concert of the festival at the Jayu Theater in Seoul Arts Center (Seoul, South Korea). Eun Young graduated (KA, KE) from the Hochschule für Musik “Carl Maria von Weber” in Dresden (Germany). She has won several international awards like the American Protege (1st) or the IBLA Grand Prize (3rd). Her career has taken an international course with performances at international venues like the Carnegie Hall (New York), the Smetana Hall (Czech Republic) or the Nanyang Technological University (Singapore). She is also the author of the book  “Music Education for  Early Childhood”. Nowadays she is lecturer at the Chongshin University in Seoul (South Korea).

Ten Steps (십리) is a work inspired by the Korean song “Arirang”. The name “variation” refers more to a free interpretation of the sensations that the song inspires than to the classic concept that this word evokes. The piano is a solitary walker in an environment that, more than interacting, directs and controls him. “after ten steps…” the piano and electronics dissolve into a single element. Together, they still have a long way to go. The sound structure of this work is based on the tonal material of the song Arirang. The material for the electronic part comes from various sources: sounds extracted from traditional Korean music, piano sounds, purely synthetic sounds…

The material has been worked through various transformations and at the end compiled in a fluid sound. The panorama plays an essential role in the design of the work. The space is an element that is composed in the same degree as the sound pitch or the rhythm. No movement takes place without the perception of the space around it. Ten steps are ten spaces. 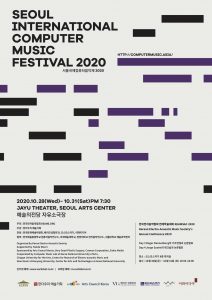 Marko Ciciliani – Gunned Down (with spoiler)