The composition of this work has taken place after a long in-depth introspection process. It is based on the concepts of change and future in an immersive form that visualizes our internal human processes in a subjective way.

Humanity is slowly submerging itself in the stinking broth of its own idleness. Unable to see beyond its flat horizon, it continues to believe itself to be the center of creation. However, we are nothing more than Dead Bichitos.

Our future, which we once dreamed golden, slowly disappears, obscured by the fog of our evident languor. Dead Bichitos.

The mechanization of habit is more comfortable than opposing the current that flows towards a gray future in which we will disappear like … Dead Bichitos.

Dead Bichitos represents the indolence of our ideas that are left to flow mechanically towards a repulsive future.

The work is composed, with the exception of two single samples, using synthetic material. In the processing of this material, granular synthesis plays a major role, as well as spatialization, which is not only limited to spatial movement, but also to the creation of distinct sound spaces. These spaces compose a melody of rooms. 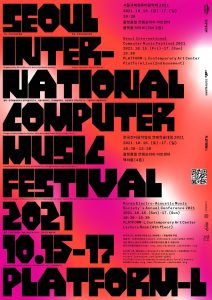